Rentalworks Group is pleased to welcome Renzo Viegas as an Advisor and Shareholder to the Group. Renzo carries with him extensive experience in the financial industry. Started his career with Citibank in 1985 he has progressively made his mark in the financial industry; moving up the corporate echelon holding key leadership roles including regional responsibilities in various Asia Pacific countries. In 2008 he joined RHB Bank Berhad as Director, Retail Banking covering consumer lending and deposits, insurance, hire purchase and SME business banking before assuming a bigger leadership role as Deputy Chief Executive Officer overseeing, Retail & International of RHB Bank Berhad.

Renzo was the Group Deputy Chief Executive Officer of CIMB Group and Executive Director of CIMB Bank from 2012 to 2015 where he was instrumental in the development and transformation of the Group’s Consumer and Commercial banking franchise to be the growth engine for the Group. He was then named CEO of the Group’s Consumer business from 2015 to 2016 following which he was named Advisor to the Group CEO till March 2019. He was pivotal in spearheading the franchise as a regional platform reaping synergies across the Group’s regional footprints.

Renzo was also a board member in CIMB Bank Berhad, CIMB Vietnam and CIMB Cambodia and with Sunlife Malaysia Assurance Berhad and Sunlife Malaysia Takaful Berhad. He presently is an Independent director with Astro Malaysia Holdings Berhad where he is Chairman of the Strategic Business and Transformation Committee as also Chairman of the Audit and Risk Committee and a member of the Nomination/Remuneration Committee. He is also an Independent director in Manulife Holdings Berhad and Manulife Insurance Berhad and is a member of all the board committees. Renzo is also founder and executive director of Crescer Sdn Bhd which is a management consultancy company.

The onboarding of Renzo as Advisor and Shareholder to Rentalworks Group augments the Group’s ambitions and resources to propel further its franchise as a provider of integrated IT Asset Lifecycle Management Solutions along with cost effective leasing and financing plans.

We warmly welcome Renzo on board the team.
Alan Puah
Managing Director 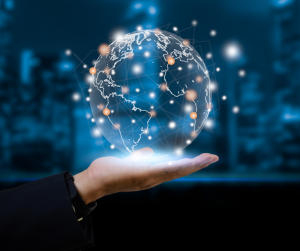 An interview with Alan Puah

7 Ways On How Technology Lifecycle Management Sectors Can Achieve Circularity by 2030 In this interview, we ask… Mr. Alan Puah, founder and Group Managing

PC shipments around the world were hit by their worst slump in the past nine years, research firm Gartner said on Monday. For the second 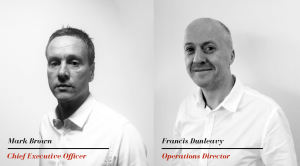 WRS began in 2008 with just five founding members and a turnover of £250,000. With an initial focus on the energy market, WRS now employs